Results from winter supplementary feeding of the Imperial Eagles in Sakar 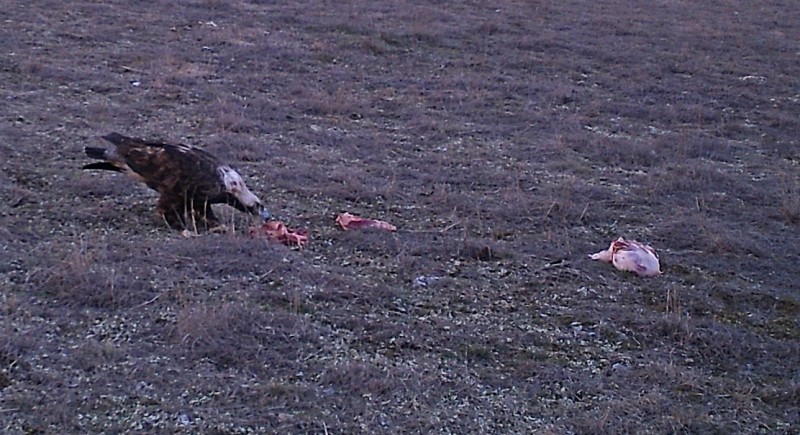 Between November and March, a BSPB team regularly fed five pairs of Imperial eagles in the Sakar Special Protection Area. The supplementary feeding takes place between December and March and aims to keep breeding pairs in their territories throughout the year, attract and keep wintering young birds in safe places and provide safe food to reduce the risk of poisoning and illegal shooting.

Two of the pairs regularly took advantage of the food provided, attending 2/3 or 70% of all feedings. Two other Imperial eagle pairs also visited the feeding sites regularly - in about half of all feedings. The fifth pair does not benefit from supplementary food in any of the cases.

The data from the installed photo traps document the effect of the supplementary feedings. The photos show interesting shots of feeding pairs of Imperial Eagles, but also of Golden Eagle, White-tailed Eagle, Long-legged Buzzard, Western Marsh-harrier, Common buzzards, crows, and even owls.

The project is funded by the Operational Programme “Environment”, under priority axis NATURA 2000 and biodiversity, procedure “Measures to improve the conservation status of birds – 2”, co-financed by the European Union through the European Structural and Investment funds.